In Praise of Conflicting Emotions 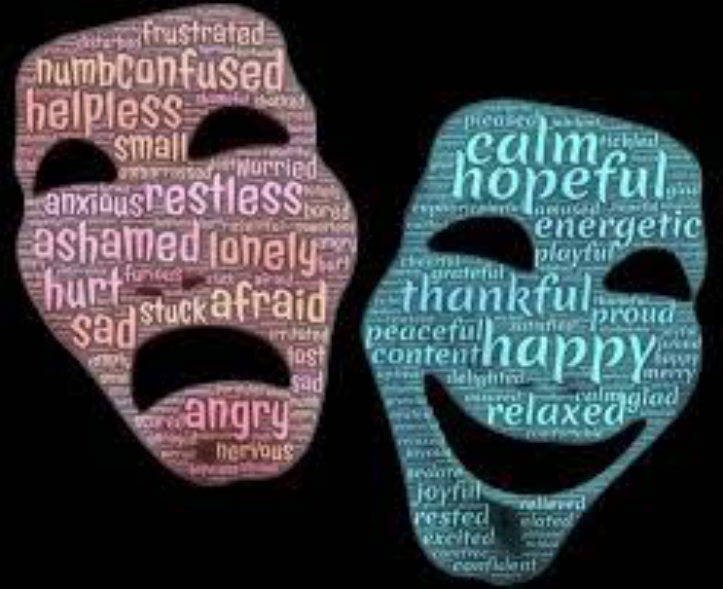 In Praise of Conflicting Emotions

Conflicting emotions tend to throw most of us for a loop. Are we angry? Are we sad? Are we relieved? Are we pleased? How is it possible we’re feeling all those emotions at once? It’s enough to shut down many of us or send us looking for some coping mechanism that drowns the confusion reigning in our brains. When we factor in that “negative” emotions are considered signs of moral inadequacy and weakness, inner chaos becomes inevitable.

It is easy to see why we do this. The majority of us were taught at a young age to give one name to our emotions. “ How are you today?” “I’m good.” – simple: straightforward. It didn’t take us long to figure out that ‘good’ was the most acceptable answer. It was the answer that left the asker unperturbed. We just as quickly learned that “sad, furious, and disgusted” made many uncomfortable. Rather than engage and help us sort out these emotions, much less accept them, those who asked would sometimes avoid us in the future or feel compelled to give us advice so that we would stop feeling what we were feeling. In other words, we frequently did not get the empathy or support we were seeking. In essence it was implied we were wrong to feel the way we did.

Consequently, it comes as no surprise that when we feel angry, overwhelmed and also glad and relieved at the same time that we don’t know how to deal with this, much less share what we are going through. Yet, assigning only one emotion to a complicated situation is at best inaccurate, and at worst dishonest. Complicated situations give rise to conflicting emotions; they just do.

I think it helps when someone asks how we’re doing if we begin with “You know, things are somewhat complicated right now.” It’s more honest and a great place to start a discussion. I’ve also discovered that sharing my conflicting emotions is a great tool for helping me determine who is an acquaintance and who is a friend. I’ve been doing this since Richard passed and I’ve learned that most of the people I know are acquaintances and not friends. Acquaintances are not interested in anything more meaningful than “okay” and much prefer “good.” In the process I’ve also learned that when I shared my “negative” or “conflicting” emotions sometimes someone I considered an acquaintance would become my friend. In treating them as a safe person (whether I knew them to be so or not) I somehow became a safe person for them to share their own negative and conflicting emotions. I’ve learned that when we do this with others we create the opportunity for richer more supportive relationships; and we make new friends. I know this takes courage to do because it’s not the “norm” or accepted practice. However, I do highly recommend giving it a try. If for no other reason than a bad day as well as a good day is made better when it’s shared with friends. And if the only thing keeping us from having more friends is lying about how we’re doing it’s worth the risk. Worst case scenario: those who are uncomfortable with who we are and what we feel will avoid us. It’s likely a win-win.